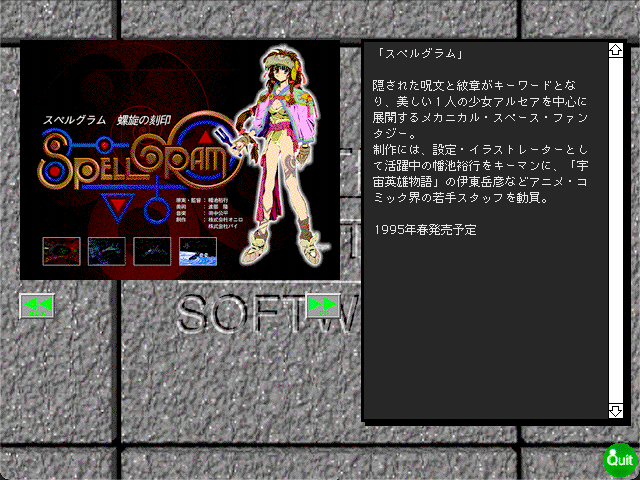 While researching Japanese CD-ROM games, I bought a copy of Bandai Visual's 1995 CD-ROM catalogue[1]. Alongside a few other upcoming releases, I came across something interesting: a Mac game titled Spellgram: Rasen no Kokuin (スペルグラム 螺旋の刻印), which I'd never heard of. It turns out that not only had I never heard of it, but neither had anyone else: there were zero hits for it on the Internet. It seems that not only had it gone unreleased, but it had been totally forgotten as well.

Spellgram is described as a "space fantasy" incorporating heraldry and hidden spells. Unfortunately, this hint is close to the only taste of what the game might have been; the catalogue is vague about the story they hoped to tell and how it would have played. The screenshots don't reveal much about gameplay, though they imply an interesting setting. Even though the ship designs and space scenes are a bit generic, the contrast between them and the protagonist's elaborate fantasy clothing is intriguing. Based on Bandai's history, it's likely it could have been either a CD-ROM film with limited interactivity or a more-involved Myst-esque graphic adventure. 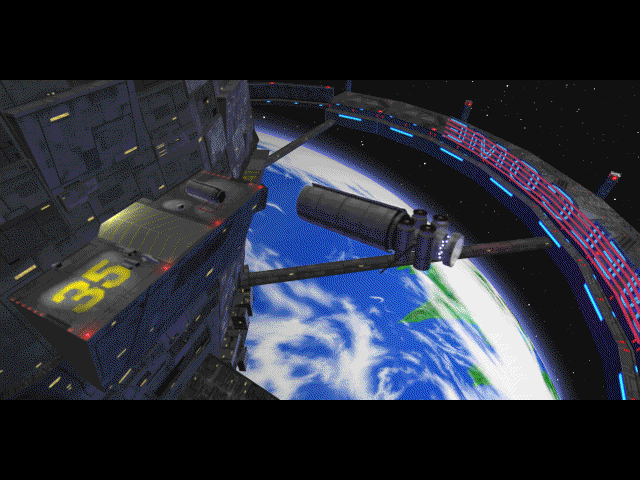 Bandai was much more open about who was making it. It was to be directed by manga artist Takehiko Ito (Outlaw Star, Future-Retro Hero Story), whose sci-fi series were making a major splash at the time, with character art by Takashi Watabe (Silent Möbius, Patlabor: The Movie) and music by the extremely prolific Kohei Tanaka (Sakura Wars). It's an impressive team, definitely one that would have helped draw attention had it actually been released. Ito's experience with interesting sci-fi worldbuilding suggests the premise would have been used to good effect.

The actual development companies are a bit less well-known. The main teaser image lists two development companies. The first, Oniro Co., was an animation production company established by Gainax co-founder Hiroaki Inoue which had a short-lived expansion into games in the mid-90s. They contributed some development work to Banpresto's Slayers game (PC-98, 1994)[2] and some design work on Sega's The Hybrid Front (Mega Drive, 1994)[3]. Spellgram would have been a major step up in their game output. The other co-developer, By Co. Ltd., seems obscure and I haven't been able to locate anything else they've done. 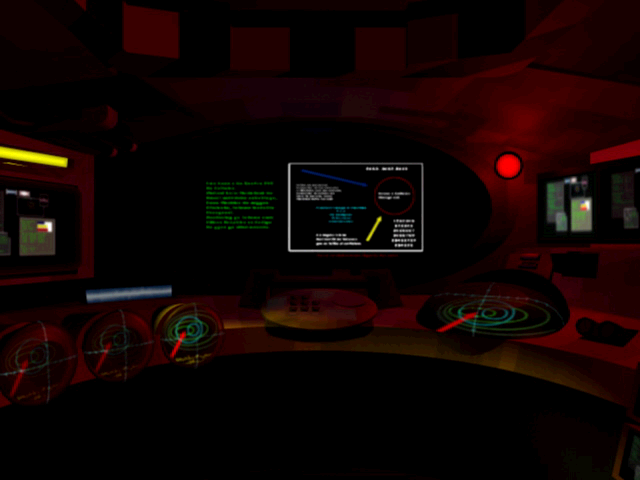 So what happened? It's hard to tell. The Bandai catalogue says it was scheduled for a spring 1995 release, which never happened. I've only located a single reference after that, in the April 1996 issue of Jugemu magazine[4]. In the upcoming releases list, "スペルグラム" is listed as a Mac game with no release date or price. This suggests that even a year later it was relatively far from completion. It quietly disappeared sometime after this; there was probably never an official cancellation announcement. As for the staff, Ito certainly kept himself busy—by 1996, he'd launched Outlaw Star, which quickly became a major hit. Oniro doesn't seem to have done any game work again; it's possible Spellgram's failure is what led them to focus purely on anime.

Given the limited material available, it's hard to tell how it would have turned out. With its high-profile talent, it's possible it could have been interesting. On the other hand, the material shown in the catalogue seems to be from a relatively early stage of development, which is a bad sign given its release date was meant to be only a few months after this disc was pressed: the CGI is polished but shows only a few areas, and there's no sign the 2D animation has been integrated with it or even completed. Unfortunately, it's likely we'll never know what it could have been given the chance.

The rest of the catalogue mostly covers released games, but there are two other things of interest: Dust: A Tale of the Wired West (1995) and Skull Cracker (1996), by US developer Cyberflix, neither of which were released in Japan. Bandai must have been planning on localizing them, but the fact that the included trailers are completely untranslated suggests that they had done little or no work at this point.

A gallery containing every available screenshot of Spellgram can be found right here.